Invest in Liverpool’s property market in 2019.

Invest in Liverpool’s property market in 2019.

Liverpool’s property market has recorded a steady growth of popularity in recent years. A figure which is speculated to continuously rise during the coming years. This growth has been driven by various factors, including the extensive regeneration that the city has undergone, the increasing number of businesses that start within Liverpool and those which relocate to the area, the thriving number of students, the rapid population growth, among many other factors. In this article, Opulent Invest will drill into each one of them to further explain why Liverpool is one of the best cities to invest in property this year.

Past and future regeneration projects.

Liverpool has heavily invested in various regeneration projects throughout the years, following the 2004 £1 billion redevelop of the city centre into a leisure, residential and shopping complex. This project, the Liverpool One was opened in stages with its majority being opened to the public in 2008, the same year that Liverpool was nominated as the European Capital of Culture, a recognition that still makes an impact today.

In addition to Liverpool One, Liverpool has completed other regeneration projects, having invested around £5 billion on these past projects, including the Albert Dock redevelopment, a scheme to regenerate the Albert Dock from an unused mill into high class bars and restaurants, as well as the New Kings Waterfront redevelopment, which provided Liverpool’s waterfront with a state-of-the-art arena, convention and exhibition centre, apartments, museums, new hotels, office spaces and more.

There are also many projects planned for the upcoming years, which will continue to further recognise Liverpool as an up-and-coming city and increase its economic growth, including residential projects, such as Infinity Waters, a high-end residential development, which is a set of three towers that will be the tallest towers in Liverpool, offering stunning views of the city centre and river, as well as the Parliament Square Liverpool, a development comprising of 505 luxury apartments in the heart of the Baltic Triangle region of Liverpool.

In addition to these residential developments, there are also various student accommodation projects being built, such as the Aura student accommodation, due to the fast growth of the number of students in the area. Plus, numerous luxury hotels, including the Epic Hotel & Residence, which will be completed in 2021 and upon completion, investors will receive 10% net return per annum, a figure which is guaranteed for 10 years.

This extensive regeneration has had a big impact on the local economy, making Liverpool have the largest metropolitan economy within the United Kingdom, outside of London, worth around £166 billion. To this day, Liverpool is home to 266,000 VAT registered businesses, a figure which will continue to grow with the future regeneration projects, forecasted to create over 30,000 new jobs.

This increase in the number of businesses also comes from the support of the Liverpool City Council through the Business Growth Programme. This programme aims to help small to medium-sized enterprises by providing advice, guidance and information in order to guide their growth and sustainability.

With the economy bolstering, the increase of jobs and all the regenerations programmes completed and set to complete, Liverpool also saw an increase of population. According to figures from the Office for National Statistics, Liverpool had the fastest growing city centre between 2002 and 2015, with the population increasing by 181% (9,100 to 25,600 people). A figure which is steadily rising, standing now at around 1.4 million people.

International migration has been the biggest driver of population growth in the area with around 259,695 people relocating to Liverpool in recent years. Liverpool has also been growing in popularity with young adults, being ranked as one of the best cities of young professionals to live in.

Over 66,000 young adults are enrolled amongst the five universities in Liverpool, a figure which is expected to increase. Progressively, the number of students who stay in the city to start their careers is rising, thus providing Liverpool with a new skilled labour.

In recent years, the government has had the goal to create a more balanced economy within the north and south areas of the country. In order to reach this goal, the Northern Powerhouse Investment Fund was launched. This initiative provides over £400 million of investment to small and medium-sized enterprises based in the North of England, to help grow their businesses. 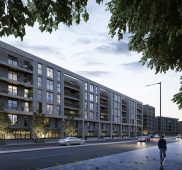 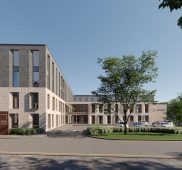 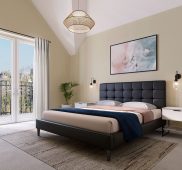